Influencers - The Force Behind The Sales Negotiation 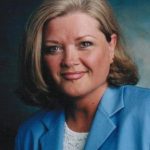 In a recent conversation with a sales team, we learned they had invested days into writing a fifty page RFP for a 15-year customer.   The team had done their homework, using their contacts to determine which elements of their response should be emphasized.  The date for all vendors to present to the selection committee was scheduled.  However, a week prior to the date, the sales team received a phone call from the customer saying, “We know your company’s capabilities well and think it would be a waste of your time to go through the motions of a presentation.  Just send us your proposal.”  This was a clear customer ‘tell’ and did not appear favorable for the incumbent sales team.  Two weeks later, the customer called to say, “We’ve decided to go with another offering.”  Huh, what happened?
Through the course of their planning, the team identified the decision-maker who was central to making the final selection. However, they failed to identify the individual(s) who have the power to influence the decision being rendered.  Influencers have common attributes that give them the ability to direct decisions and rarely are they overt with their power. Whether the decision is being made at the enterprise level, within the Business Unit or Special Project, most sellers believe the decision maker is at the top of the helm.  However, the individuals who have the power to make the final decision often rely on the expertise of other individuals to guide them in the right direction.  These influencers who have the power to direct a decision, prefer to work behind the scenes and are therefore, challenging to identify.
Influencers know that by working behind the scenes, they gain better information from stakeholders and have first-hand knowledge of how those stakeholders will be impacted by the decision being made.
Every year, Time Magazine releases their, 100 top Influencers in the world. This is a list of boundary and rule breakers who have a fearless curiosity about how the world can be improved.  There are many notable people on this list who have obvious power to influence.  However, most of us would not know the names of the majority of these Influencers and we are even more unlikely to know of their efforts behind the scenes; using their ability to influence change in their world.  We may not agree or endorse them but we do need to consider the attributes they possess to build their power to influence.
The corporate world is full of influencers who have earned an ability to persuade and impact decisions by demonstrating these attributes. Sellers should look for individuals who have the following common attributes:
1.  Hard working and disciplined – will have a history of being given  multiple projects and responsibilities to manage
2. Curious and open-minded – always listening for new ways of managing challenges and will apply both logic and intuition to problem solving; known to challenge the status quo
3. Integrity of purpose - will do the right things for the right reasons; linking efforts to strategic goals
4. Team players – will take a back seat to allow other teammates to thrive and flourish
5. Results-oriented – know their ‘stuff’ and are respected for their expertise, can define achievable targets and have a reputation for surpassing goals
In retrospect, the sales team referred to above, realized too late their hard efforts were being undermined by the customer’s Influencers who sought to take their organization’s decision in another direction.
To what extent do you identify the Influencers in your accounts?  Investing time in this area when planning for your next negotiation will increase your probability of a win.