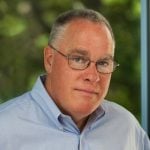 We've had a lot of discussions on leadership lately. They tend to focus on people not characteristics. You know the drill, this person is a great leader and this one isn't.

It just so happened that I had a chance to meet an author, Chris LaVictoire Mahai of Aveus, who has an upcoming book on leadership.  She is focused on the characteristics of leaders who can drive positive, dramatic, and fast growth in organizations. Curiosity and confidence top her list.  Ah, when you think about it, some leadership positions are easier than others.  Sitting atop a successful company that is racking up 5% growth in revenue and profits a year is certainly easier than "riding the wild horse" of a high-growth company or dealing with an organization in crisis.  Yes, it may be easier, but it certainly isn't much fun.

So, here are a few more thoughts to add to Chris' list:

When it comes out, I'd encourage you to give Chris' book a read, and think about some of the great leaders in your own lives.  Something that comes to mind is that while there are many characteristics of great leaders, when it comes down to it, being a great leader is about setting the example and being the example--it is all about action. You know, talking the talk and walking the walk.