The Downward Effect of Pricing Technology 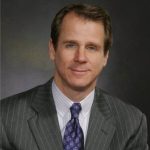 Recently, I had an interesting conversation with the VP of Pricing for a $15B manufacturing company. The primary topic of our discussion was the implementation of a pricing technology system that would suggest target prices based on benchmark deals within comparable customer segments. A few interesting trends quickly materialized in the dataset:

Conclusion: This company was attempting to use technology to defend price, but coupled with the behaviors of the sales team, instead accelerated their own price erosion.

So what should this VP of Pricing do? Is the technology flawed? Or maybe the company has the wrong sales team?

As with any new technology or software, the devil is in the details.

First and foremost, the software highlighted a major gap in this company’s compensation strategy—i.e., the desired behaviors of the sales team were not properly incentivized. As a result, the commission structure required an overhaul to reward the sales team not only for total sales, but also on their ability to achieve higher target prices. If executed properly, the price erosion seemingly caused by the algorithm should therefore have been minimized.

Secondly, the company needed to address the underlying problem within the sales force; discounting. Discounting had become common practice within the company. However, this wasn’t necessarily due to lack of willingness or effort. Instead, the company uncovered deficiencies in the capability of the sales team; primarily that they were ill-equipped to deal with procurement tactics.

This is where we can help. Enter Holden Advisors and the implementation of the Negotiating with Backbone framework. Lo and behold, a simple framework to change the conversation with procurement  drove substantial target price improvement at a faster pace than the adjusted compensation strategy.

The lesson learned was seemingly obvious—technology is great enabler for efficiency and speed in a day and age when faster is better. However, when utilized incorrectly, technology will simply accelerate the impact of bad decisions and poor outcomes.

If you’re using a pricing technology platform, great…please let us know if we can help. The last thing we want to see are companies trapped in the death spiral of irrecoverable price erosion from pricing software gone awry.

We’d love to send you an article written by Dr. Reed Holden on how to kick the discounting habit on your sales team, click below to receive it.